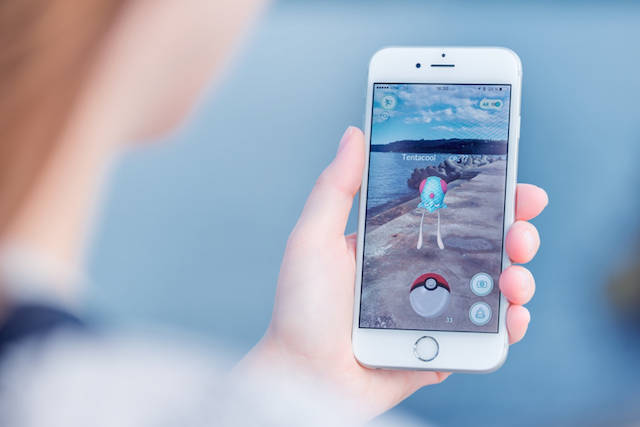 Changing the way you view the world, virtual and augmented reality (AR) are often confused for each other, but they’re not one and the same. Not in marketing, and certainly not in other applications.

While the technologies do overlap a little – there are still primarily two very different concepts. Below, we discuss the key differences between augmented and virtual reality (VR).

Virtual reality is a complete immersion experience that requires the user to put on a pair of headsets in order to shut out the physical world.

Due to the improvements in the technology, the visuals are now becoming more realistic and believable – with special controllers that allows users to take part and interact with their surroundings.

Instead of immersing users in a virtual world, augmented reality lets users interact with digital content, while still in the physical world. Think of it as the real world being overlaid with digital information and graphics, in real-time.

A great example is the viral-hit Pokemon Go, which sent millions of users all over the world taking part in the search for rare Pokemon, or the amazing Google Translate feature that allows you to instantly translate an image into the language of your choice.

Compared to VR which replaces your sense of sight and sound – AR seeks to add to it. Allowing complete free movement during the entire experience, the concept has nearly limitless possibilities, especially from a marketing standpoint.

Accomplishing two very different purposes, both VR and AR are powerful technologies that show a lot of promise in elevating the user experience of brands with their customers.

In fact, many businesses have already successfully managed to pull it off with the help of a Virtual Reality agency!

Which is better for marketing?

A study surveying users from 11 markets reported that they would be interested in using VR to test out a range of products before buying them, with majority of them looking into the travel, entertainment and retail industry.

While both technologies have had successful applications in marketing, the overall experience can be hampered with VR, which requires bulky headsets and a pair of handheld controllers to work – and also limiting the number of users at a time.

AR on the other hand is far more accessible, especially since majority of today’s market has access to a desktop or a smartphone capable of running AR software and apps. Through augmented reality app development, brands are able to tap into this technology regardless of size and industry.

This may be great news for brands looking to cut through the noise and engage their customers on a whole new level; however, what is more important is utilizing the technology to craft something highly-personalized and special to tell your brand’s story.

Staying ahead of the curve is necessary for any business to succeed in any industry. Companies who invest in new technologies such as VR and AR are going to be the ones who are most likely to beat the competition and come out on top.

Our Creative Digital Agency is passionate about building exceptional and memorable digital experiences for our clients and their customers. Our expertise lies in both VR and AR – with a dedicated team that has already executed ideas for clients across various industries.

What more can we say? The time is now.